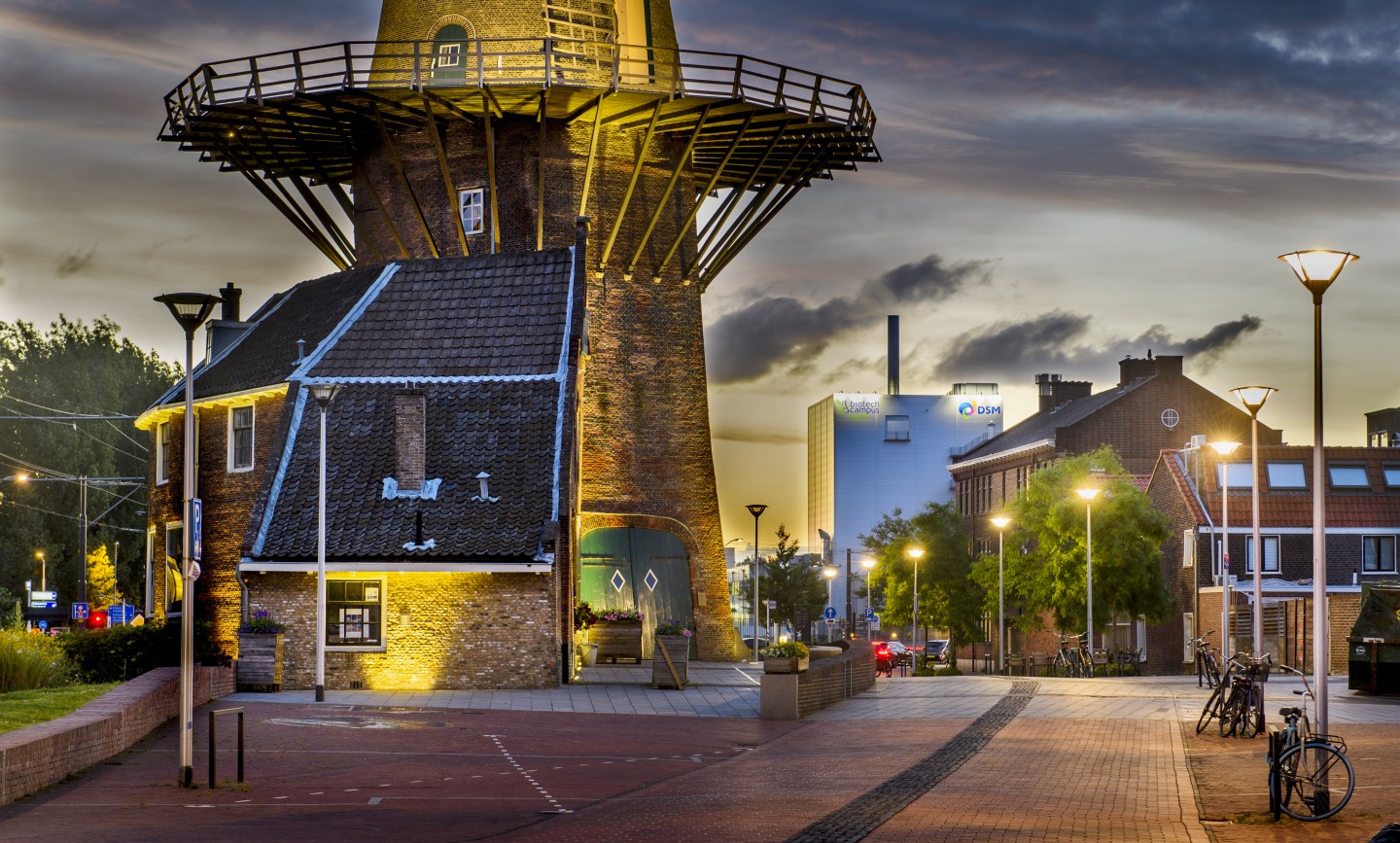 You must have noticed it: the Alexander Fleming House is being demolished. By the end of 2021 it will be as if it was never there. With it, the big DSM logo will also disappear from the city's view. “We couldn't let that happen,” says Fedde Sonnema, director of DSM Delft and the Biotech Campus Delft. “DSM and Delft belong together. And that should be visible.” So a new location for the logo was sought. It was found at the highest spot on the campus, the drying tower. And because the location now houses many more companies than just DSM, the 'Biotech Campus Delft' logo was also given a prominent place on the facade. “For more than 150 years we have been in the heart of Delft. The logos make that connection visible,” Sonnema concludes.