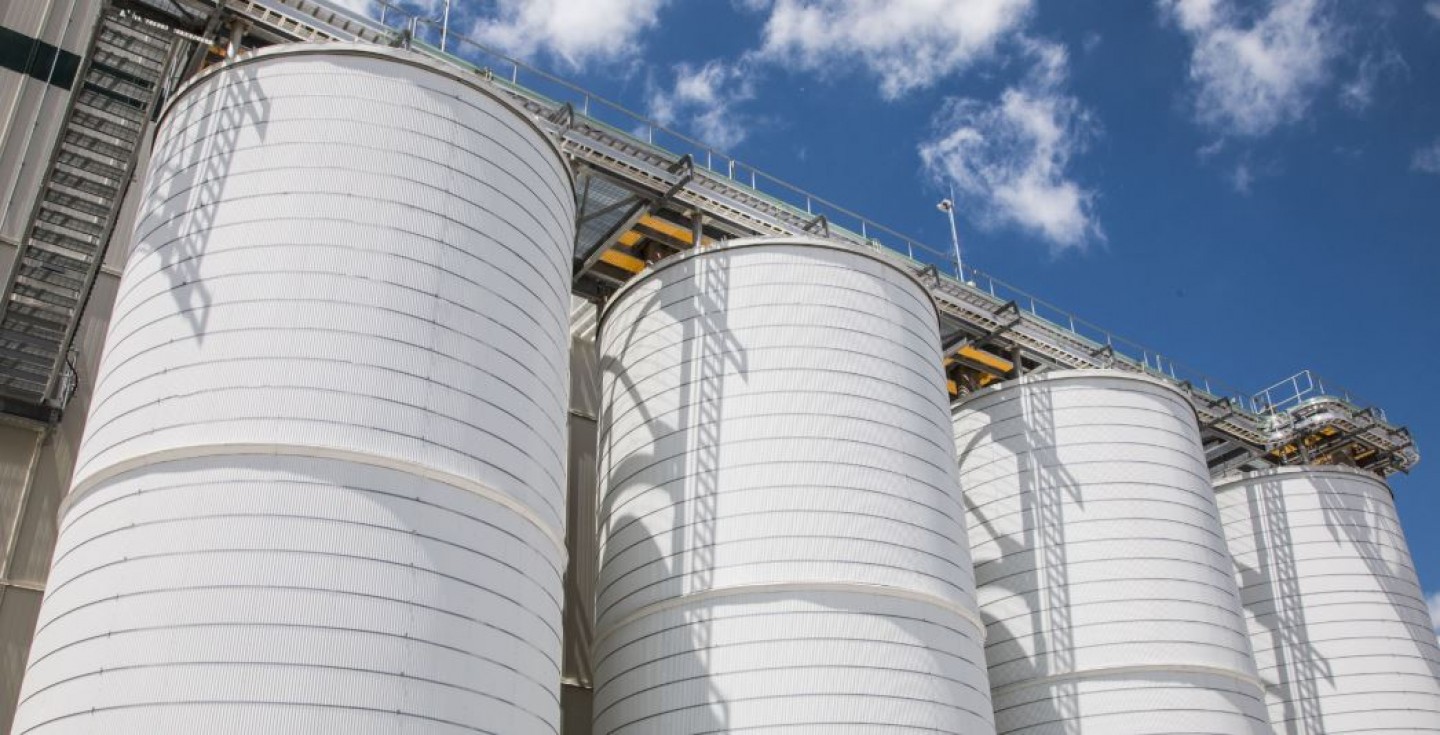 Veramaris has started commercial scale deliveries of its algal oil, meaning that fish oil is no longer a limiting factor for the further growth in aquaculture. The Veramaris oil is a scalable and reliable alternative source of EPA and DHA, the two marine omega-3 fatty acids proven to be essential for good health, for both fish and humans.

The zero-waste facility in Blair, Nebraska, USA was completed in May ahead of schedule, on budget and with zero-accidents. Next step is ramp up for full production.

BREAKTHROUGH INNOVATION FOR THE AQUACULTURE INDUSTRY
Veramaris runs its innovative US$200 million facility with proprietary technology. The intellectual property behind the production technology, the algae strain Schizochytrium ssp. and the downstream processes are all strongly protected by patents.

This unique strain of natural marine algae is rich in both EPA and DHA, and together with the technology to cultivate it at a very large scale, is a breakthrough that expands the future supply of healthy seafood without impacting ocean resources.

The levels of EPA and DHA omega-3 in farmed salmon have declined significantly over the past ten years. Veramaris’ algal oil, contains twice as much EPA and DHA as fish oil, so it can reverse the decline, and support the salmon brand-promise for healthy nutrition. This is also good news for the health and robustness of the salmon itself.

Due to its state-of-the-art fermentation process, the Veramaris algal oil is free from sea-borne contaminants and unique for its pristine quality 365 days a year. The full traceability of the raw materials used, and the transparent production process provide peace of mind for the consumer.

Consumer research data (Veramaris Market Data 2016 & 2018) show that omega-3 fatty acids are very important to salmon consumers in all of the surveyed countries, including the US, UK and France. Consumers care about healthy and sustainably raised seafood. In particular, the research found that frequent buyers of salmon are even more aware of the current state of the oceans.

A SIGNIFICANT CONTRIBUTION TO CONSERVING MARINE BIODIVERSITY
In response to the aquaculture industry’s call for novel and sustainable sources of EPA and DHA, Veramaris’ production capacity is equivalent to 1.2 million tons of wild-catch fish. This will meet around 15 percent of the entire salmon farming industry's annual demand for EPA and DHA – providing a significant contribution to conserving the biodiversity in our oceans and reducing pressure on marine wild catch fisheries.

Veramaris celebrated the opening of its new facility in the presence of Nebraska Governor Pete Ricketts, local authorities, Feike Sijbesma and Christian Kullmann, the CEOs of the Veramaris parent companies DSM and Evonik, guests and staff in a ceremony at the site on 10 July 2019.

ABOUT VERAMARIS
Veramaris is a 50:50 joint venture of DSM and Evonik for the production of the omega-3 fatty acids EPA and DHA from natural marine algae. Located in Delft, the Netherlands, Veramaris was launched in 2018, because its parent companies shared a vision: to conserve marine life by using a resource the ocean provides – natural marine microalgae. Producing an algal oil rich in the two essential omega-3 fatty acids EPA and DHA through large-scale fermentation at its facility in Blair, Nebraska, USA, Veramaris enables partners along the value chain to become independent from wild-caught fish and meet the growing demand for animal protein responsibly.